Recommendations on resources to support writing your argumentative, persuasive, and other academic essay types. 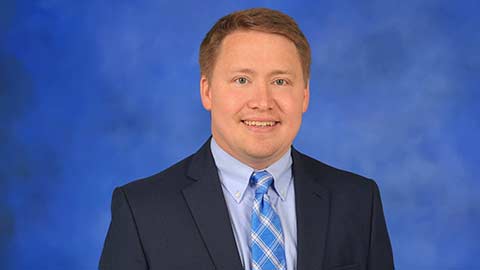 Is It a Scholarly Journal or Not?

Is It a Scholarly Journal or Not?

Periodicals, including journals, magazines, and newspapers, are important sources for up-to-date information in all disciplines. With a periodical collection as large and diverse as the Salmon Library's, it is often difficult to distinguish between the various levels of scholarship found in the print and electronic collection. In this guide we have divided the criteria for periodical literature into four categories:

Scholarly journals are concerned with academic study, especially research. They always cite their sources in the form of footnotes or bibliographies. Scholarly journals focus on reports of original research or experimentation in a specific academic discipline. Written by scholars in the field, scholarly journals assume the reader's familiarity with the language, terms, and methods in that subject. The journals are serious in appearance with little or no advertising. While the articles may contain graphs, maps, or charts, they rarely contain illustrations or photographs.

Sources used in the article always offer the research citations used, either in footnotes or bibliographies. Most articles are reviewed by other scholars in that field before publication. Often they are published by scholarly or professional organizations.

Most online databases allow a researcher to limit searches to academic or scholarly journal articles. The phrasing for this limit varies according to the database used. The terms found most often in the databases are: peer-reviewed, scholarly, or refereed.

Refereed materials have been extensively reviewed by scholars in that field of study prior to publication, and are also referred to as peer-reviewed. Although all refereed journal articles are almost always considered scholarly, the term scholarly is not exclusive to refereed/peer-reviewed materials. Non-refereed materials can still be considered scholarly even if they have not been subjected to the rigorous process of peer-review. Use caution when selecting this checkbox in a database, as the meaning of it may differ depending upon the database being used. If in doubt, you can often verify if a journal is refereed by reviewing the authors document on the publication’s website.

Ulrich’s Periodical Directory can also be used to verify whether or not a journal is scholarly. After locating a periodical title in this database, view the Complete Record and scroll down to the Document Type field. If the journal is scholarly, it will indicate:
Journal; Academic-Scholarly-Publication

These periodicals or magazines provide information to a broad audience interested in a particular field or subject. They may be quite attractive in appearance, although some are in newspaper format. Articles are often heavily illustrated, generally with photographs. News and general interest periodicals sometimes cite sources, although usually they do not. A member of the editorial staff, a scholar or a free lance writer may write the articles.

Because the purpose of these publications is to provide information to a broad, but educated audience, the language is less scholarly than the scholarly journals. Commercial enterprises or individuals generally publish these periodicals, but a professional or trade organization may also sponsor their publication.

Sources of the research used may be mentioned in the text, but the articles may not necessarily include footnotes or bibliographies. These periodicals often include advertising.

Most academic libraries do not carry many of these magazines. Popular periodicals are published to entertain and to meet the interests of a general audience. The cover and pages of these magazines are usually glossy and attractive. The articles are short and written for a minimal educational level. The articles are not cited and the information in them may be second or third hand. Lots of color illustrations and photographs are used. Advertising is heavy, because they are commercially published. As a result of the commercial marketing, they may promote the owners' or advertisers' viewpoint or agenda.

Sensational periodicals come in a variety of styles. Written at an elementary level, they assume a certain gullibility in their audience. Flashy headlines and sensational photographs are used to arouse readers' interest. They are designed to appeal to popular curiosity, fear, and superstition. Neither academic nor public libraries carry these periodicals.

Ulrich's Periodical Directory is available under Online Databases on the library's homepage. It offers brief descriptions of periodical titles. The 2002 print edition is available in the library on the second floor, north building.

Try using the print Standard Periodical Directory as well, located in the Reference Area. (AP2.45 .S78 2010).  This edition does not circulate, but we do have the 2009 edition which does.  You can find it on the second floor, north building.